In 2007, Project Leadership received a startling statistic about the number of Grant County students taking advantage of Indiana’s 21st-Century Scholars Program: 16%. Although a fantastic opportunity, the state-wide program needed a county-based, local approach to getting students enrolled. Project Leadership utilized partnerships and prioritized getting kids signed up, while also designing curriculum and mentorship opportunities for students to stay focused and academically successful.

Project Leadership: A Local Initiative to Make a Statewide Program a Success 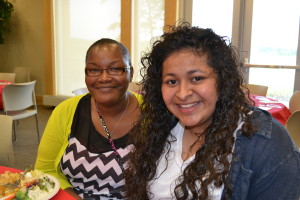 Project Leadership (PL) is a Grant- and Delaware County-based college access and success service provider. It educates, enrolls, and guides students into Indiana’s 21st Century Scholars Program, a statewide initiative to prepare students for post-secondary educational achievement. Tammy Pearson, Director of Project Leadership, calls PL a “community leg of the state’s infrastructure working to enhance educational attainment in the communities we serve.”  PL creates and accelerates educational initiatives and programs that promote educational attainment and degree/certificate completion, particularly for students from families with low incomes.  All Project Leadership programming has a strong, clear connection to the above mission, no matter the target population.  The ultimate goal of all the programming:   To get students to and through college – ensuring they complete some kind of post-secondary degree or credential.

The need for localized efforts to encourage participation in the 21st Century Scholars Program became clear in 2007 when local leaders learned that only 16% of eligible Grant County students were enrolled in the program. PL decided to take on the task of growing student enrollment by engaging with local foundations, organizations, visionaries and community leaders who have helped identify millions of financial aid dollars for local students through increasing Scholar enrollment. PL volunteers and staff approached parents where they were: in fast food restaurants, in their homes, and even stopping dads on their lawnmowers to get signatures enrolling their children since the window of opportunity to sign up, between 7th-8th grade, is short.

Partnerships are critical to Project Leadership programming, and PL works to convene stakeholders on a regular basis to work together toward a common mission. Specific partnerships that are essential to PL programming include: 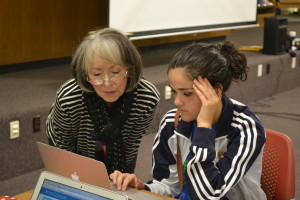 About the same time, PL became a two-county organization when Delaware County asked Project Leadership to expand its efforts beyond Grant County. Around this time, PL began to recognize the need not only for recruitment, but also mentorship. “There needed to be a support system,” Tammy explains. “It’s one thing to get students signed up; it’s another to keep them on track for success.” PL subsequently designed and launched a mentoring program that would establish an accountability relationship between student and mentor.

Over the years, PL has created a number of additional initiatives focused on keeping student scholars on track, with the knowledge that just signing them up doesn’t keep them engaged. Four labs go in-depth on skills needed for post-secondary education: College Application Lab, Scholarship Lab, FAFSA Lab, SSP (Scholar Success Program) Lab.  These labs work to help students take the required steps to matriculate to and succeed in a post-secondary setting.

The ICE League is a basketball team for 6th- 8th grade boys and girls, where players must maintain at least at 2.5 grade point average (GPA) to be eligible to play all four quarters of a game. Grades are checked before each game, helping students to remain focused throughout the season. The program, though new, shows signs of real success: In the first season, 67% of the boys who came into the league with a GPA under 2.5 were able to increase their play by at least a quarter.

Another program PL assisted in designing is the Passport Initiative. Passport-sized booklets list 1,000 things to do before students graduate from high school, encouraging them to try new things and gain life experiences. The first Passport Pop-Up, in which a tent is set up in the middle of the neighborhood for parents and children to do activities and check off the passport list, took place recently in Marion.

Through its efforts, PL has made much progress through a comprehensive array of services for Scholars and other students pursuing post-secondary educations. Today, there are more than 5,000 students in grades 7-12 in Grant and Delaware County who are 21st Century Scholars. Half of the students who completed a FAFSA this past year were 21st Century Scholars. 73% of eligible Delaware and Grant County middle school students were enrolled as 21st Century Scholars in June 2015, an increase from an overall enrollment of 28% in March 2009 in Delaware County and 16% in Grant County, when Project Leadership began its focused recruiting efforts. Project Leadership met last year with 99% of the middle school students who were eligible for the program to educate them about the opportunity. For students in the 8th grade – the last year in which they can enroll – Project Leadership assisted in enrolling more than 80% of eligible students.