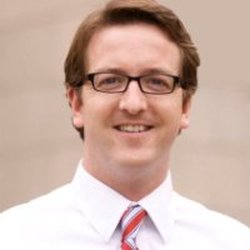 Nathan Hand has worn many hats within the philanthropic sector of Indianapolis. A graduate of IU’s School of Philanthropy, as well as a current faculty member of the Fund Raising School, he has spent years thinking about how to make philanthropic endeavors successful and connect people to the causes that need them. His résumé cites work and consulting experiences with such organizations as Christel House, The Mind Trust, School on Wheels, IU School of Philanthropy, churches and several other organizations. He works as the Director of Advancement at the Oaks Academy, serves on a variety of boards, is member of a number of professional organizations, and was recently invited to join Rogare, a fundraising think tank in the UK. He is an avid blogger whose posts are both clever and engaging. On his site, nonprofitnate.com, he explores topics such as “Cost-Comparisons for Fundraising Platforms”, “10 Fundraising Tips from a Ten Year Old”, as well as “29 Questions for Better Philanthropic Conversations”.  All to say, he is a philanthropic force of nature within the city.
Nathan grew up in Zionsville and went to DePauw for undergraduate study. From there he went to work in D.C. for a national volunteer organization and then Idaho to start a new campus-community center for the University of Idaho. As his work in Idaho finished, he and his wife began contemplating their next steps and the IU school of Philanthropy came to mind.

He decided to pursue a masters at the school mainly due to its impressive cadre of professors. “They are the best in the field at what they were doing. All the people in the textbooks I was reading were teaching there. There are brilliant philanthropic minds here in Indy; it’ a gem, the School of Philanthropy.” He and his wife thought they would only be in Indianapolis for two years. But a few years and some great experiences have led them to buy a home here.  It seems that they have been wooed to stay.

I became involved at a young age, and found out later that it could be a career. I realized that people are at their best when they are giving of themselves. And I wanted to be around that all the time. During undergrad, I went to class, but I found myself wanting to read more about community engagement and leadership. I spent time at our community center, running programs, serving in different non-profit internships. When I graduated I had a rich history of experience leading service trips, designing volunteer programs and non-profit internships with real responsibilities.
A moment came when I was working to create a new community center in Idaho, which needed funds, and nobody else wanted to ask for money.  But, I didn’t mind. It seemed natural to present the need to those that could easily assist. So I did it and I enjoyed it and it was a natural fit for me.
Later, it was the School of Philanthropy that helped me understand that fundraising and nonprofit leadership could not only be a job, but also a career, a life’s work, and a passion. I enjoyed helping people give. It wasn’t about charity or giving people your extras. It was about a philanthropic investment that was going to make the world a better place. The reality is that it’s not just a bunch of organizations begging for dollars. It’s a bunch of fantastic causes, doing great work and changing lives. I enjoy trying to make philanthropy an aspirational place to be, guiding people to the joy of selfless giving.

Indianapolis
What made you decide to put down roots in Indianapolis?
Once we got here and started getting involved we realized that Indy had a lot of openness, creativity, humility, and relational connectivity that made the city great. We really like the fact that it is big enough that there’s a lot going on, but also small enough that you have access to the right people to make a difference. Because of this there are leadership opportunities available to people that wouldn’t be accessible in many other places. In Chicago and other big cities, you can’t speak into major civic and social issues, can’t gain a seat at the table, until you’re fifty years old or amassed great wealth and power.
It’s a value of both the city and the state. We are humble enough and authentic enough to engage with others. And the size does help. We are not the smallest or the largest market. But, you can really dig in and enter into leadership roles if you are fired up about something. Here you can do things, make a difference and help lead – I think that’s a value proposition for the city that help attract and retain talented people.

In what ways do these values benefit Indianapolis?
We have a lot of great social entrepreneurs in the city. We were doing that before the nomenclature became cool. In Indy, people are willing to share their social networks for the greater good. This helps entrepreneurs to be empowered to see needs and apply solutions.
I think it helps that a lot of the entrepreneurs come from here and are shaped by the state and its values – specifically hearing other people’s input and engaging others in the solution. People play nice in the sandbox. There’s a general sense of openness, comfort, and sensibility that I am not sure every area has. Over time my wife and I have occasionally questioned should we stay or go but we’ve decided to stay – because good ideas can come to fruition and be implemented for good.
I think also that there is a misnomer nationally that everyone wants to be on the coasts and that if you’re in the Midwest, you wish you could be somewhere else. And it’s an audacious thing to think. It’s not true. I think the people that are here love being here, and they could be elsewhere, but choose to stay. It’s in our nature as Hoosiers to be genuine and humble. We never toot our own horn as a city or state that much, because that’s the kind of people we are. They could be anywhere, they’ve chosen here, and they love it. This is the place to be.

What are the ways millennials are being drawn into the city?
It seems in Indianapolis that folks made decisions decades ago to invest in the right places, and now we are enjoying the fruits of their foresight. The city is affordable, walk-able, and has a thriving arts community disproportional to what many people would expect. The city and the state have done a great job.
When you think about a place you want to put down roots, raise a family, it’s around the types of people here in Indiana. It’s not the no-holds-barred race found in other cities. You still have access to people and things. Here in Indy, we’ve really begun to understand place making and creating livable communities within the city and the state. We’ve got a lot of options here; it’s just about finding the right one for you.

Citizenship
How would you describe a good citizen or community member?
Just as we’re benefiting from the people and decisions made over the last several decades, a great citizen thinks about what the city needs 10, 20, 50 and 100 years from now. And acts on it. They are accessible. They are humble. They are open to ideas and opinions of others. They surround themselves with people that are better and smarter than them. They are good team builders. They don’t seek the spotlight.
They are quick to walk amongst the crowds. For each community member we know by name, there are ten more that we will never know of, but who are vital to the community.
They are not just focused on, “what can you do for me? What can you do for my organization? But rather, what can I offer to what you’re doing and how can we unite? It’s beyond collaboration; it’s “let’s get a bunch of people together to chew on this topic. Let’s leverage the resources we have to try and make a change.” They are good at making those long bridges and long connections between people and ideas.             They are always trying to get better. They are attending things that are outside the box, reading things you may not think they should read, and are constantly learning. Those attributes, to me, are what make a good community member.

The Oaks Academy
What are you working on or most excited about now?

The Oaks Academy is a nationally unique school model that is working…and growing.  It’s the only school we can find that is purposefully mixing race and class. Test scores are off the charts and demand is high – so we’re working to grow and serve more kids.
Many of the problems in today’s society (including Indy) are a result of poverty and a misunderstanding of other people, races, cultures and social classes.  At The Oaks, young children are best friends with people completely different than themselves.  They actually value difference. They believe fully in each other. All kids, regardless of zip code or bank account are getting an incredible, classical education. They’re learning Latin. Memorizing Shakespeare. Falling in love with fractions in Math class.
I think about what the world looks like with more Oaks alumni.  Leading businesses. Government. Churches. Neighborhoods. It will be great to watch – and wonderful to experience.
What’s maybe most impressive, is that it started with a conversation. A few people, recognizing a need, sharing with others, growing support, launching a small school and over the years, engaging more to lead and grow into a fantastic organization serving hundreds in three locations now – and challenging a paradigm of what a school can be.
I’d challenge folks to have strategic and thoughtful conversations about the needs in their neighborhood and the city.  But then, do what most people don’t.  Create a plan, engage others and move towards action.  You’ll be glad you did.