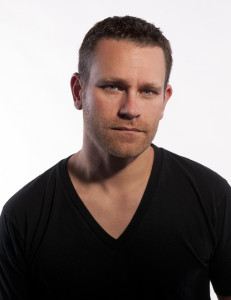 Kristian Andersen is a force of nature—a self-described restless opportunity-seeker.  His profile lists him as having co-founded 6 companies, and invested in over 40, not to mention his role as Studio Science’s founder and CEO. Not one to sit still for long, his latest project High Alpha is a Venture Studio, co-founded with Scott Dorsey of Exact Target, Eric Tobias, and Mike Fitzgerald. High Alpha has raised over $35 million in funding, in order to launch and fund a variety of enterprise cloud software companies. Kristian’s passion for Indianapolis and his work was evidenced by the quality of the conversation we had at Studio Science. Read the highlights of our conversation here:
Why Indianapolis?:
A lot of people choose hard things and hard places because, I don’t know, their family is there or they’ve never known any thing different, or they want to be a big fish in a small pond. None of that informed our decision to launch in Indianapolis. Indianapolis is remarkable on several fronts, and this isn’t economic development hyperbole, this is validated, backed up, corroborated information. We are more of a sun belt city than a rust belt city, in terms of the most meaningful measures of economic vitality: population growth, unemployment, if you look at venture-funding activities—there has been about 5 billion dollars in 5 years of wealth created from technology start-ups in Indianapolis — that puts us in the same league as cities like Austin, Texas that’s really known for that, but little old Indy, kind of under the gray cloud of the Midwest is doing it.
I don’t know if you saw but this morning yet another global technology company announced it’s moving its North American headquarters here, that’s the fifth one in as many months. Two have moved from San Francisco, you have large firms like Return Path based out of New York City that have opened offices here…that is not happening in Topeka, Omaha, and Louisville. It is happening in Atlanta, and Seattle, and I would say those are Indianapolis’ peers now. Historically, we’ve thought of our peers as Columbus and Cincinnati, and that’s just not true. […]
Indianapolis has a lot of ambition as a city, and a lot of that comes from the fact that Indy doesn’t have much of a past….There’s not a whole lot to look backwards at, and that can be a great thing, because in Indy people don’t typically care where you went to, no one cares who your family or what your last name is, or where you went to high school. This isn’t me hating on Cincinnati because Cincinnati is a great startup town. But none of that really matters in Indy, because that forces a community to think in a very meritocracy-driven fashion because the only thing that they can judge you on is what you’ve done… and what you’re doing. Another thing about Indianapolis is that it is becoming a very transient city, so when I think about most of the people I know and interact with, very few of them are from here. They were maybe educated here, or their spouse is a native, or the moved here for a career opportunity.
I don’t like to use clichés describing Indy, I hate to say things like it’s a great place to live or raise a family. Low cost of living and raising a family are not the things that get me excited about moving somewhere, as a matter of fact I want to run in the opposite direction, because great cities are not easy cities to live in. By nature of being great they are kind of difficult….The one thing that is true about Indy and the Midwest is there is a different work ethic here, people do work hard. I don’t know why, I don’t know how to describe it, because it’s acknowledged pretty much universally. People on the coasts and bay area love hiring people from Ohio and Indiana, because there’s not nearly the sense of entitlement that pervades much of the culture on the coasts. […]I named my only son Indy…so anyone who questions my loyalty or affection, need only meet my little man.What are your gifts?
My gifts, I am—I think I have a good sense of what my gifts are because I’ve asked other people to kind of reflect back to me what they think they are…I think I’m pretty discerning and I think that has made me pretty good at investing and picking winning teams. I have what some people might call this kind of intuition about people and ideas. Is this going to work? Is this the right time? Is this the right team? And it’s often inexplicable. And people are like, okay quantify that for me, and I can’t do it but I just end up trust my gut and, more often than not, being right.
I think that I am optimistic. I think that’s so important for what I do and who I work with. It almost can’t be overstated the importance of optimism. In terms of what my gift and my deep and abiding calling is, it is to help people start things. My new job High Alpha, it’s the institutionalized version of that. We find entrepreneurs who have killer ideas or we bring killer ideas to killer entrepreneurs, and then we pile on every conceivable type of resource you could imagine in order to help them achieve lift off.
And if you think about what we did with Studio Science, it was really about working with young, high growth businesses to help them figure out how to become a durable and impactful business.

What does being a good citizen mean to you?

How does what you do connect with your definition of a good citizen?

Most of the things that I start ostensibly are designed to be forces for good. And so, if I’m successful in either conceiving of and starting something or helping someone else do the same, the intent is to create something that results in exponential good. This could be job creation, growing the tax base, etc. etc. Most of the stuff that I do has to do with talent, attracting it, retaining it and growing it –getting people excited about place. The Speak Easy, The Indy Design Fellowship, IndyMade, High Alpha, Studio Science, at the root of all of that stuff is about getting people fired up about being here and working to make new, better things in the community. This could be businesses, products, or programs – I mean there’s a long list. In the final accounting we’ll have to check back in a few years and assess how effectively I’ve spent my time. But the thing that excites me the most, is that I’ve had the opportunity to partner in really meaningful ways to help launch a host of entities, organizations, programs, and products that have gone on to become catalysts for things I could have never imagined.