Inspiring and enabling all young people to realize their full potential as productive, responsible, and caring citizens.

Boys and Girls Club of Bloomington

An organization that gets a reputation for doing collaborative partnerships well will be sought after by others. “People now come to us to partner,” comments Mr. Baldwin, “When you become an organization that does a nice job with partnerships then people choose to come your way.” When greater opportunities become available to your organization, then greater opportunities become available to those you serve.

Your Org’s Needs Are Another Org’s Resources: Partnering to Succeed 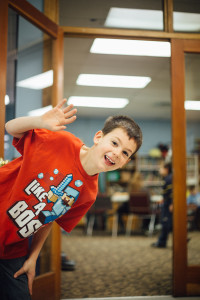 The Boys and Girls Club of Bloomington (BGCB) is deeply collaborative. A glance at their 2014 Annual report (available at http://bgcbloomington.com/annual-reports/) will show you that three pages (17, 18, and 19) of their 28 page document are dedicated to listing and thanking their partners. Organizations ranging from chiropractors and restaurants to sports leagues and satellite providers have hitched themselves to the BGCB support wagon. Yet, while individuals and organizations may be eager to partner with BGCB today, that hasn’t always been the case.

Jeff Baldwin, Executive Director of BGCB, commented, “Early on we understood that if we were going to realize success as an organization, we were going to have to build bridges as much as we possibly could.” BGCB understood it was more strategic to partner with organizations whose programming and resources they admired rather than try to create their own from scratch. Therefore, as an organization, BGCB began to form strategic partnerships with other nonprofits in their community. 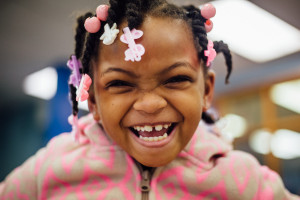 Furthermore, BGCB strategically tapped one of their location’s best sources of enthusiastic partners, Indiana University (IU)- Bloomington, by facilitating volunteer programs and internships for students. In this way they not only create great opportunities for IU’s students to participate in community work, but have access to a self-replenishing source of volunteer power. 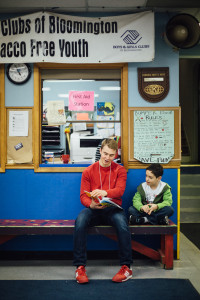 According to Mr. Baldwin, the university has been one of BGCB’s strongest supporters.  “The university is a huge part of what we do. A majority of our volunteers and staff come from the university.” It is a partnership that BGCB has invested in and cultivated for years. “We purposefully found ways to deepen that relationship by reaching out to different professors, and IU staff. Now we have a number of IU faculty and staff that advocate for us to students as a place to intern and volunteer. As a stat alone we had over 80 interns from IU that worked between 10-40hrs a week this past year. Some for a stipend and some for free.”

While there is a human value to facilitating student volunteers and mentors, the monetary value of this relationship is tremendous. BGCB’s years of invested time and energy dedicated to deepening and cultivating a relationship with IU now averages to a monetary benefit of about $2.5 million dollars a year in staffing and volunteering alone. A massive dividend stemming from intentional partnerships.

Yet, not every nonprofit is located near a major university nor do most have the backing of a nationally lauded 501(c)3 parent organization. So, what does it mean for other nonprofits to try and replicate this web of partnerships? Is such a relational strategy replicable? 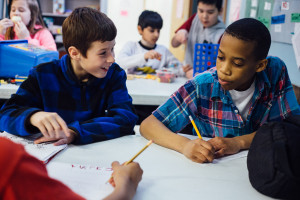 “I think this can definitely be replicated,” says Jeff Baldwin, “Some nonprofit leaders may scoff and say, ‘you’re lucky because of this or that’, but we had to work for everything we have. As a non profit, if you live like an island, you’re going to be in trouble. You need to be engaging with other organizations so that you not only survive, but thrive.We are thriving because of our substantial partnerships. There are many BGCBs that don’t have this same strength. We have it because we’ve worked at it and because we’ve been thoughtful about our leadership and our board.”

Just as BGCB spent time and effort cultivating strategic partnerships with nonprofits, they exercised that same focus on developing an effective board of directors. They invested a great deal of time and energy into creating comprehensive board development plans, honing in on what were the goals of the organization, and clearly defining organizational expectations for board members. “Also,” says Mr. Baldwin, “it’s making sure to recruit people from that lens of what a good board member for your organization would look like and only recruiting people that fits that descriptions. Ultimately, it’s putting in the time and effort to identify and recruit good people and relationships at all levels.” 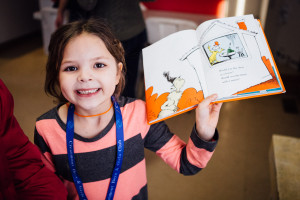 While not every organization can replicate the results of BGCB’s strategy, they can take away the value behind intentional partnerships and relationship building. It goes way beyond seeing what you can get out of others. Rather, it’s seeking partners whose needs and resources are the inverse of your own. For example: BGCB’s partnership with Big Brother, Big Sister. One organization needed mentors for their kids while the other needed kids for their mentors. While each nonprofit could’ve independently created programming to recruit kids or recruit mentors, by partnering they achieved their goals, expanded their organizations, and did so at a fraction of the cost. Their partnership ensured a higher quality deliverable for their clients, enhanced their program offerings, saved time and money, and enriched their community by empowering those that serve it.  This is a strategy that produced massive dividends. 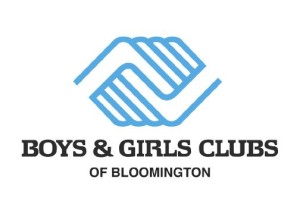 An organization that gets a reputation for doing collaborative partnerships well will be sought after by others. “People now come to us to partner,” comments Mr. Baldwin, “When you become an organization that does a nice job with partnerships then people choose to come your way.” When greater opportunities become available to your organization, then greater opportunities become available to those you serve. And if your goal is to serve to the best of your ability, then it could be time to see whose needs and resources in your community are the inverse of your own. Thereby beginning the journey of a partnership that not only enhances two organizations, but enhances the communities they serve.